New Regional Geopolitics in the Indo-Pacific 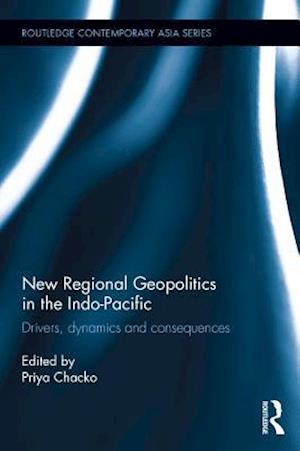 During the last twenty years, burgeoning transnational trade, investment and production linkages have emerged in the area between the Indian and Pacific Oceans. The appearance of this area of interdependence and interaction and its potential impact on global order has captured the attention of political leaders, and the concept of the Indo-Pacific region is increasingly appearing in international political discourse.This book explores the emergence of the Indo-Pacific concept in different national settings. Chapters engage with critical theories of international relations, regionalism, geopolitics and geoeconomics in reflecting on the domestic and international drivers and foreign policy debates around the Indo-Pacific concept in Australia, India, the United States, Indonesia and Japan. They evaluate the reasons why the concept of the Indo-Pacific has captured the imaginations of policy makers and policy analysts in these countries and assess the implications of competing interpretations of the Indo-Pacific for conflict and cooperation in the region. A significant contribution to the analysis of the emerging geopolitics of the Indo-Pacific, this book will be of interest to researchers in the field of Asian Studies, International Relations, Regionalism, Foreign Policy Analysis and Geopolitics.