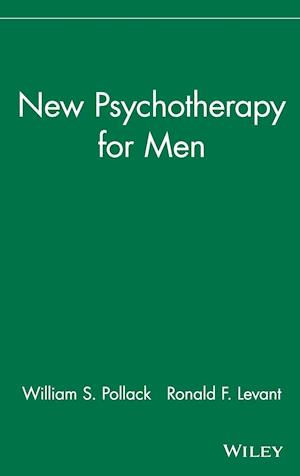 "From childhood onward, men appear to be at risk. Infant males are more likely to undergo complications during labor and delivery and to have more birth defects. Boys often manifest behavioral difficulties and learning disabilities in elementary school. By eighth grade, boys are only half as likely as girls to aspire to be a professional or career person; boys are nine times more likely to suffer from hyperactivity and more than twice as likely to be suspended from school. Men are less likely to attend college and/or graduate school than women. Compared to young women, young men are four times more likely to be victims of homicide and five times more likely to kill themselves. "Men suffer under a code of masculinity that requires them to be: aggressive, dominant, achievement oriented, competitive, rigidly self-sufficient, adventure seeking, willing to take risks, emotionally restricted, and constituted to avoid all things perceived as 'feminine.' Such a code is bound to take a toll on men's longevity. The average life expectancy for males in the United States is seven years shorter than that for women.Traditional male role traits inhibit men from seeking medical help in the early stages of disease and from being sufficiently attuned to their own internal processes to detect early warnings of illness." --from the Introduction. Slowly, the truth emerges. In a society in which men are expected to be strong, independent, aggressive, and impervious to emotional stress, boys are nine times more likely than girls to suffer from hyperactivity, young men are five times more likely to commit suicide than young women, and men have far higher rates of substance abuse and antisocial personality disorder than women. Clearly, many men are in need of psychological treatment and psychotherapy. Ironically, however, the very qualities that are responsible for many of their emotional and behavioral difficulties make it much more difficult for men to admit they have problems, seek professional help, or have faith in the efficacy of treatment. In New Psychotherapy for Men, leading figures in the field of men's psychology explore the psychological sources of men's emotional difficulties and offer specific techniques to help therapists overcome men's resistance to therapy.With the help of full-length case studies, they trace the sources of emotional and psychological disturbances in men and present new models for assessing and treating men's unique emotional difficulties. This book illuminates the unhealthy aspects of masculinity through the lens of gender role strain, creating state-of-the-art, gender-specific treatments for men. Major issues addressed in New Psychotherapy for Men include: Reluctant men in couples therapy Group therapy for traditional men Gender role strain in the family system Recognizing and treating depression in men Men's shame and trauma in therapy Gender role strain as a factor in male impotence Treating male violence Helping men find a voice for their feelings Adapting psychodynamic therapy for men. This book also takes a multicultural perspective, discussing the special problems of anger and stress experienced by African American men, psychotherapy for gay men, and the difficulties that can arise when a female therapist treats a male patient.Groundbreaking, broad in scope, and infused with countless practical suggestions, New Psychotherapy for Men is an extraordinarily helpful guide for all mental health professionals who deal with men. It is also an excellent graduate-level text, offering today's students a rich, fully developed body of new knowledge with which to begin their careers.