New England Women Writers, Secularity, and the Federalist Politics of Church and State 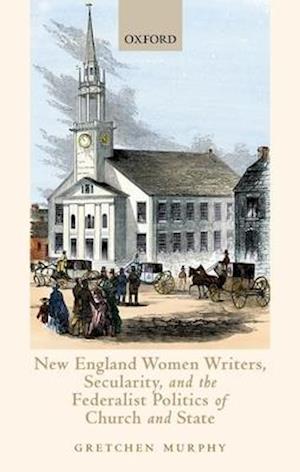 Drawing on literature, correspondence, sermons, legal writing, and newspaper publishing, this book offers a new account women's political participation and the process of religious disestablishment. Scholars have long known that eighteenth- and nineteenth-century American women wrote pious, sentimental stories, but this book uses biographical and archival methods to understand their religious concerns as entry points into the era's debates about democratic conditionsof possibility and the role of religion in a republic. Beginning with the early republic's constitutional and electoral contests about the end of religious establishment and extending through the nineteenth century, Murphy argues that Federalist women and Federalist daughters of the next generationadapted that party's ideas and fears by promoting privatized Christianity with public purpose. Harriet Beecher Stowe, Catharine Sedgwick, Lydia Sigourney, Judith Sargent Murray, and Sally Sayward Wood authorised themselves as Federalism's literary curators, and in doing so they imagined new configurations of religion and revolution, faith and rationality, public and private. They did so using literary form, writing in gothic, sentimental, and regionalist genres to update the Federalistconcatenation of religion, morality, and government in response to changing conditions of secularity and religious privatization in the new republic. Murphy shows that their project both complicates received narratives of separation of church and state and illuminates the problem of democracy and belief inpostsecular America.

Forfattere
Bibliotekernes beskrivelse Scholars have long known that early American women wrote pious, sentimental stories. This book uses biographical and archival sources to understand how their religious concerns fed into debates about democracy and belief in a republic, and offers a new account of their political participation and the process of religious disestablishment.