New Directions in Law and Literature 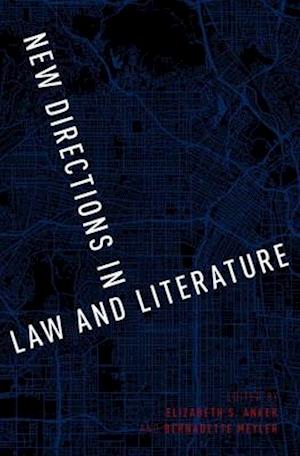 After its heyday in the 1970s and 1980s, many wondered whether the law and literature movement would retain vitality. This collection of essays, featuring twenty-two prominent scholars from literature departments as well as law schools, showcases the vibrancy of recent work in the field while highlighting its many new directions. New Directions in Law and Literature furnishes an overview of where the field has been, its recent past, and its potential futures. Some of the essays examine the methodological choices that have affected the field; among these are concern for globalization, the integration of approaches from history and political theory, the application of new theoretical models from affect studies and queer theory, and expansion beyond text to performance and the image. Others grapple with particularintersections between law and literature, whether in copyright law, competing visions of alternatives to marriage, or the role of ornament in the law's construction of racialized bodies. The volume is designed to be a course book that is accessible to undergraduates and law students as well as relevant to academics with an interest in law and the humanities. The essays are simultaneously intended to be introductory and addressed to experts in law and literature. More than any other existing book in the field, New Directions furnishes a guide to the most exciting new work in law and literature while also situating that work within more established debates andconversations.

Forfattere
Bibliotekernes beskrivelse This collection of essays by twenty-two prominent scholars from literature departments and law schools showcases the vibrancy of recent work in law and literature and highlights its many new directions since the field's heyday in the 1970s and 80s. 12 black and white images