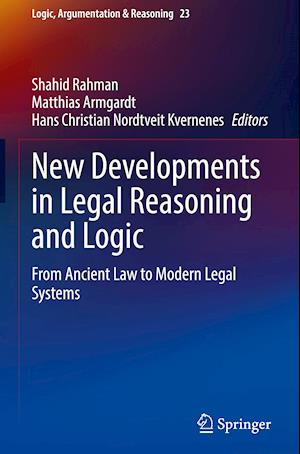 This book intends to unite studies in different fields related to the development of the relations between logic, law and legal reasoning. Combining historical and philosophical studies on legal reasoning in Civil and Common Law, and on the often neglected Arabic and Talmudic traditions of jurisprudence, this project unites these areas with recent technical developments in computer science.This combination has resulted in renewed interest in deontic logic and logic of norms that stems from the interaction between artificial intelligence and law and their applications to these areas of logic. The book also aims to motivate and launch a more intense interaction between the historical and philosophical work of Arabic, Talmudic and European jurisprudence.The publication discusses new insights in the interaction between logic and law, and more precisely the study of different answers to the question: what role does logic play in legal reasoning? Varying perspectives include that of foundational studies (such as logical principles and frameworks) to applications, and historical perspectives.