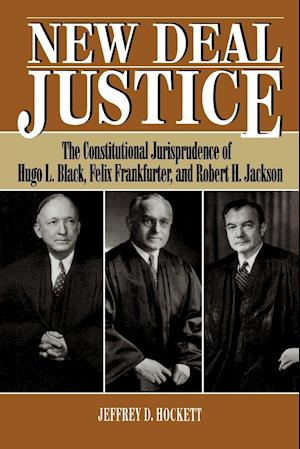 This well-researched and engrossing book illuminates the constitutional jurisprudence of President Franklin D. Roosevelt's most notable appointees to the United States Supreme Court-Hugo L. Black, Felix Frankfurter, and Robert H. Jackson. 'New Deal Justice' draws extensively upon the memoirs, writings, opinions, and personal papers of these justices but also employs the insights of recent works on American legal, social, and political theory to dramatically alter the theoretical lens through which previous scholars have analyzed their decision making. Hockett pays particular attention to Black's controversial constitutional absolutism, Frankfurter's extraordinary deference to the decisions of legislative and administrative bodies, and Jackson's pragmatic use of the power of judicial review. The author persuasively argues that the New Deal Court was characterized by regional, cultural, and ideological tensions that manifested in the social and political theories of these three justices. This is important reading for students and scholars of constitutional judicial theory and the history of the U.S. Supreme Court.