- Towards an Understanding of Wat Phra Dhammakaya and Santi Asoke 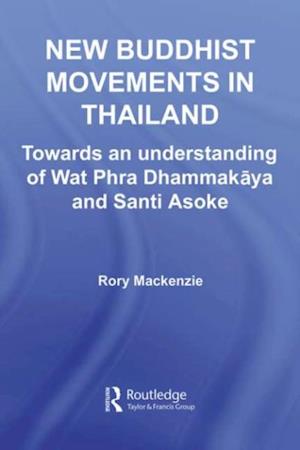 Vastly different in belief and practice, two new Buddhist religious movements in Thailand, namely the Wat Phra Dhammakaya and Santi Asoke emerged in Thailand in the 1970s at a time of political uncertainty, social change and increasing dissatisfaction with the Thai Sangha and its leadership.Examining these movements, which represent two distinctive trends within contemporary Buddhism in Thailand, this book explains why they have come into being, what they have reacted against and what they offer to their members. Both movements have a wide membership outside of Thailand, with temples in the UK, Europe, USA, Japan and Australia. New Buddhist Movements in Thailand will appeal to those interested in Buddhism's confrontation with modernity, and its responses to evolving social issues in Thailand, as well as to those interested in new religions in the broader context of religious studies.