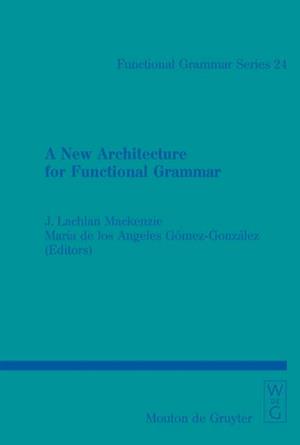 This volume, which represents a major advance on Simon Dik's final statement of the theory (1997), lays the foundation for the future evolution of FG towards a Functional Discourse Grammar. It rises to the double challenge of specifying the interface between discourse and grammar and of detailing the expression rules that link semantic representation and morphosyntactic form. The opening chapter, by Kees Hengeveld, sets out in programmatic form a new architecture for FG which both preserves the best of the traditional model and offers a place for numerous recent insights. The remaining chapters are devoted to refining and developing the programme laid down by Hengeveld, bringing in data from a range of languages as well as theoretical insights inspired by adjoining frameworks. Of special interest are an account by Matthew Anstey of how current proposals arise from the history of FG and various chapters in which the model is brought much closer to an account of real-time language production, notably including the first ever detailed account of the workings of expression rules, by Dik Bakker and Anna Siewierska. The final chapter, also by Hengeveld, draws together the findings of the various chapters, culminating in an elaborated model that represents the most sophisticated statement of Functional Grammar currently available. The volume thus gives a coherent account of FG as a theory which combines formal explicitness with a broad account of language functions.