New American West in Literature and the Arts

- A Journey Across Boundaries 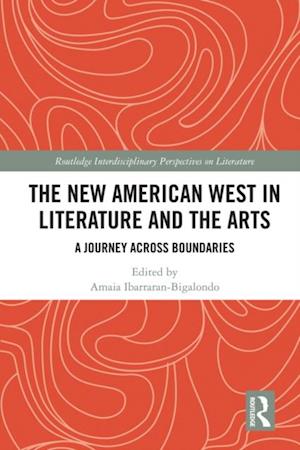 The story of the American West is that of a journey. It is the story of a movement, of a geographical and human transition, of the delineation of a route that would soon become a rooted myth. The story of the American West has similarly journeyed across boundaries, in a two-way movement, sometimes feeding the idea of that myth, sometimes challenging it. This collection of essays relates to the notion of the traveling essence of the myth of the American West from different geographical and disciplinary standpoints. The volume originates in Europe, in Spain, where the myth traveled, was received, assimilated, and re-presented. It intends to travel back to the West, in a two-way cross-cultural journey, which will hopefully contribute to the delineation of the New-always self-renewing-American West. It includes the work of authors of both sides of the Atlantic ocean who propose a cross-cultural, transdisciplinary dialogue upon the idea, the geography and the representation of the American West.