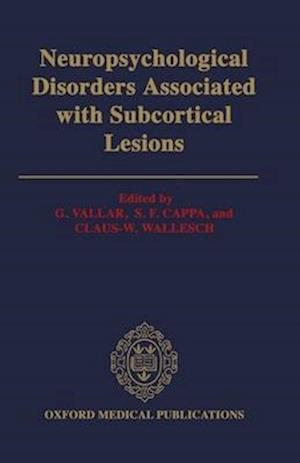 For more than a century, the cerebral cortex has been regarded as the site of cognitive activities such as language, thought, and spatial awareness. In the past 20 years, however, an increasing amount of evidence has accumulated to suggest that subcortical structures such as the thalamus and tha basal ganglia may participate in specific aspects of mental activity. This book is the first to be entirely devoted to this issue, and includes contributions from aninternational group of researchers. They describe the clinical patterns of neuropsychological disorders found in patients with subcortical lesions, and report the results of animal research. New imaging techniques allow the disorders to be correlated with the size and site of the lesion, and the pattern thatemerges from these findings is that cognitive functions are mediated by complex neural circuits, involving both cortical and subcortical structures.

Forfattere
Bibliotekernes beskrivelse Recent studies on brain-damaged patients have revealed that subcortical structures are involved in cognitive activities. This book reviews the research that has led to this conclusion and explores the nature of the complex neural circuits that mediate higher cognitive function. halftones, line drawings, tables