- Indigenous Peoples' Perceptions of and Interactions with Nonhuman Primates (2020) 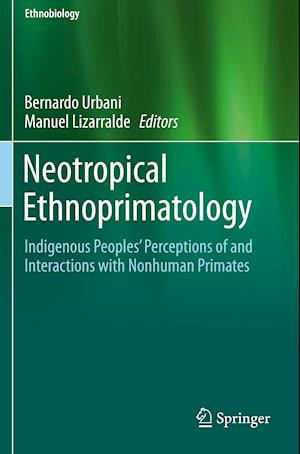 Ethnoprimatology is situated at the intersection between the biological and cultural subfields of anthropology. Research on the interface between human and nonhuman primates has been steadily increasing since 1997, when the term ethnoprimatology was first coined. Although there have been studies on human-nonhuman primate interactions in the tropical Americas, no single comprehensive volume has been published that integrates this information to fully understand it in this region. Eighteen novel chapters written by outstanding scholars with various backgrounds are included in this edited volume. They refer to the complex interconnections between different indigenous peoples with New World monkeys that sympatrically share their ancestral territories. Geographically, the range covers all of the Neotropics, from southern Mexico through northern Argentina. This work includes topics such as primates as prey and food, ethnozoology/ethnoecology, cosmology, narratives about monkeys, uses of primates, monkeys as pets, and ethnoclassification. Multiple views as well as diverse theoretical and methodological approaches are found within the pages. In sum, this is a compendium of ethnoprimatological research that will be prized by anthropologists, ethnobiologists, primatologists, conservationists, and zoologists alike."This book... provides a historical benchmark for all subsequent research in ethnoprimatology in the Neotropics and beyond." - Leslie E. Sponsel, University of Hawaii at Manoa.