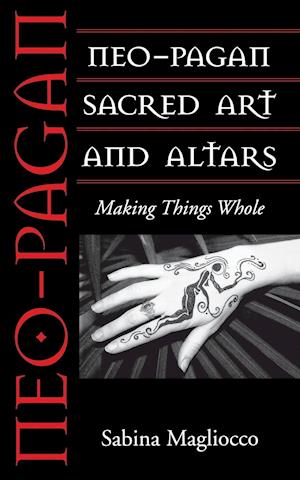 Fire-cat masks, earth mother icons, henna tattoos, ankhs, and water altars--these objects may sound like the inventory in an ancient druid's sanctuary. But they are part of the sacred reliquary created by contemporary artists and practitioners of Neo-Pagan ritual.Calling themselves ""witches"" and ""pagans"" and drawing inspiration from pre-Christian polytheistic worship, the practitioners of Neo-Paganism have often been misunderstood by outsiders. In the uninitiated, their art and iconography have inspired fear.In featuring the works of ten artists, Sabina Magliocco's Neo-Pagan Sacred Art and Altars unlocks the meanings of this religion's creativity and symbolism and makes its sacred nature understandable to non-specialists.A stunning array of color plates and halftones will touch the imagination of insiders and outsiders alike, revealing the imaginative skills of some of the movement's most celebrated artists, as well as amateurs working at home with family and friends.These masks and altars, earrings and necklaces create one of the Neo-Pagan movement's most striking features--its ritual art. Yet this is one of the first books to focus on these spiritual objects rather than on the sociology and psychology of the followers. The odd array of costumes and jewelry, as well as the juxtaposition of neo-primitive and medieval-looking styles, troubles outsiders and contributes to the movement's undeserved reputation for attracting eccentrics. Yet its sacred art is part of one of the most flourishing contemporary traditions in the United States.