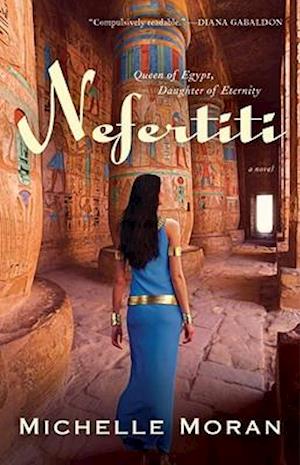 Fast-paced and historically accurate, Nefertiti is the dramatic story of two unforgettable women living through a remarkable period in history.

Nefertiti and her younger sister, Mutnodjmet, have been raised in a powerful family that has provided wives to the rulers of Egypt for centuries. Ambitious, charismatic, and beautiful, Nefertiti is destined to marry Amunhotep, an unstable young pharaoh. It is hoped that her strong personality will temper the young ruler's heretical desire to forsake Egypt's ancient gods.

From the moment of her arrival in Thebes, Nefertiti is beloved by the people but fails to see that powerful priests are plotting against her husband's rule. The only person brave enough to warn the queen is her younger sister, Mutnodjmet.

Observant and contemplative, Mutnodjmet has never shared her sister's desire for power. She yearns for a quiet existence away from family duty and the intrigues of court. But remaining loyal to Nefertiti will force Mutnodjmet into a dangerous political game; one that could cost her everything she holds dear. Teeming with love, betrayal, political unrest, plague, and religious conflict, Nefertiti brings ancient Egypt to life in vivid detail.

"Meticulously researched and richly detailed . . . an engrossing tribute to one of the most powerful and alluring women in history."