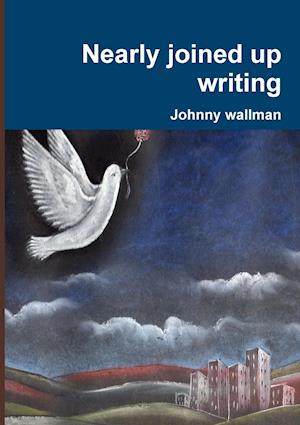 Nearly joined up writing is a collection of twenty-three short stories previously published in various magazines and anthologies by Johnny Wallman. Teenager in Love and The Search tell the story of his adoption as a baby and the search for his birth family. Goodbye Spring Vale and Schools Out for Summer are the stories of his naive teenage years and failure through the education system. Fetch Yer Cloth and Supermarket Sweep describe his time in retail, working in a family business and for a major supermarket chain. In Stella and Farah Johnny Wallman recalls his time living in Israel and the some of the dilemas and paradoxes serving in the Israeli army. Single Life, Frank and Angry Old Man are funny, irreverent stories on where he has been and is likely to be in the future. The collection ends with A New Life on the Lake, previously unpublished Johnny Wallman tells of where quite often he really would like to be.