- Political Prisoners During the German Occupation of Jersey and Guernsey, 1940-1945 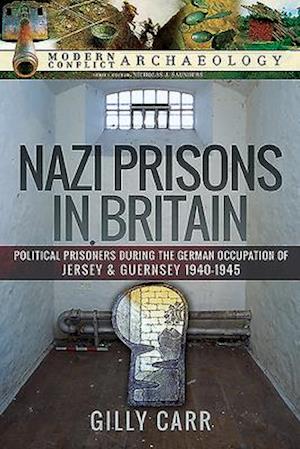 Nazi Prisons in Britain is a ground-breaking book - a systematic study of Jersey and Guernsey prisons during the German occupation of the Channel Islands based on the experiences of the prisoners. It brings to light for the first time the surviving sources - memoirs, diaries, official archival material, poetry, graffiti, autograph books, letters and material culture are all included. This dazzling array of evidence reveals the reality of life behind bars in Nazi prisons on British territory.

Gilly Carr's powerful book shines a light into political prisoner consciousness and solidarity, and shows how they resisted the regime with the limited tools at their disposal. It gives a fascinating insight into how the experience varied according to age, sex, class, and seriousness of offense.

The text is enlivened by the words of notorious wartime criminals, including Eddie Chapman - Agent Zigzag - and the traitor Eric Pleasants, who later joined the SS. Also featured are the letters of the 'Jersey 21', who later died in concentration camps, those of surrealist artists Claude Cahun and Marcel Moore, condemned to death for their resistance activities, and the lost prison diaries of Frank Falla, Guernsey's best known resister.