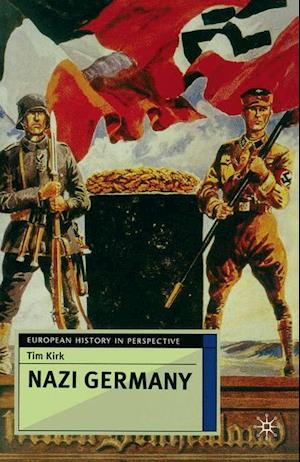 Hitler's 'thousand-year Reich' lasted barely longer than twelve brief and inglorious years, and yet had an impact on millions of ordinary lives scarcely comparable with any other episode in modern European history. Nazi Germany examines the origins and development of Nazism, the establishment of the dictatorship and the impact on Germany's economy, society and culture of the regime's single-minded drive towards war and genocide. The view from above, reflected in the movement's ideology, policy and legislation is complemented by the many, often conflicting, views from below, as described in the reports smuggled out of Germany by Socialist dissidents or overheard by the regime's spies and policemen. Tim Kirk depicts a society divided, where most were initially wary of Hitler and sceptical about his party and its promises, and where even enthusiastic admirers quickly became disgruntled; but where the majority complied and few were inclined to oppose or resist the regime, or its brutalities, until disillusionment set in and the prospect of defeat was imminent.Approachable and authoritative, this is an essential introduction to one of the most significant periods in German, and modern European, history.