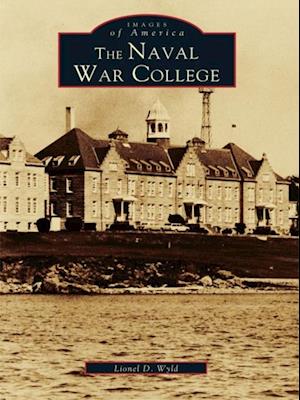 Explore the history of one of the nation's most prestigious service schools in The Naval War College. It was appropriate that the U.S. Navy's pioneer training station and principal graduate college be established at Newport. Known as 'The City by the Sea,' Newport, Rhode Island, has a long history of maritime activity. As far back as the colonial period, Newport Harbor and Narragansett Bay have always been safe and deep havens for naval as well as commercial shipping. In 1883, Commodore Stephen B. Luce established the Naval Training Station on Coaster's Harbor Island in Newport, which became the forerunner of the modern recruit stations for enlisted men in the U.S. Navy. The next year, in 1884, Luce established the Naval War College, the first professional naval education center of its kind in the world. It soon became the U.S. Navy's premier institution for professional studies of warfare, international law, and statesmanship relating to war and peace. Among others, Luce brought to the college Capt. Alfred Thayer Mahan, the naval historian whose book, The Influence of Sea Power Upon History, 1600-1783, and other works influenced naval thought throughout the world.