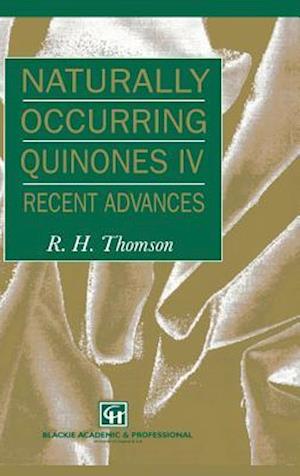 The preceding volume appeared in 1987 and covered the literature up to the end of 1984. The present work extends the coverage to the end of 1994 with a sprinkling of references to 1995 papers. Nearly 900 new qui nones are described, including one or two which were overlooked previously, together with new work on older compounds. For each new quinone information is provided on the distribution, spectra, structure and chemistry, and on biosynthesis where available. Sadly, there is very little new chemistry, as structures are now elucidated almost entirely by spectroscopic methods and X-ray analysis. As always I am grateful to many colleagues who sent me papers and other information in advance of publication. 1972 and 1987 volumes are referred to as NOQ II and NOQ III, The respectively. In the spectroscopic data the notation (?) indicates that informa- tion is missing or is dubious. R.H.T. Aberdeen, November 1995 1 Benzoquinones 1 New sources of p-benzoquinone are the cephalic glands of Eucera bees and 2 Arthrobacter bacteria and it is part ofthe defensive secretion ofthe caterpillar 3 Romalea guttata.However, the natural occurrence of o-benzoquinone has not been reported and is unlikely. Simple monosubstituted o-benzoquinones occur 4 only as transient metabolic intermediates. It has been shown that in the leaves of X anthium occidentale (Compositae) chlorogenic acid is in equilibrium with a small amount of the corresponding o-quinone but the latter has not been isolated.