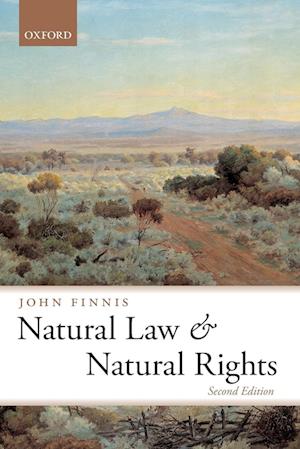 First published in 1980, Natural Law and Natural Rights is widely heralded as a seminal contribution to the philosophy of law, and an authoritative restatement of natural law doctrine. It has offered generations of students and other readers a thorough grounding in the central issues of legal, moral, and political philosophy from Finnis's distinctive perspective. This new edition includes a substantial postscript by the author, in which he responds to thirty years of discussion, criticism and further work in the field to develop and refine the original theory. The book closely integrates the philosophy of law with ethics, social theory and political philosophy. The author develops a sustained and substantive argument; it is not a review of other people's arguments but makes frequent illustrative and critical reference to classical, modern, and contemporary writers in ethics, social and political theory, and jurisprudence. The preliminary First Part reviews a century of analytical jurisprudence to illustrate the dependence of every descriptive social science upon evaluations by the theorist. A fully critical basis for such evaluations is a theory of natural law.Standard contemporary objections to natural law theory are reviewed and shown to rest on serious misunderstandings. The Second Part develops in ten carefully structured chapters an account of: basic human goods and basic requirements of practical reasonableness, community and 'the common good'; justice; the logical structure of rights-talk; the bases of human rights, their specification and their limits; authority, and the formation of authoritative rules by non-authoritative persons and procedures; law, the Rule of Law, and the derivation of laws from the principles of practical reasonableness; the complex relation between legal and moral obligation; and the practical and theoretical problems created by unjust laws. A final Part develops a vigorous argument about the relation between 'natural law', 'natural theology' and 'revelation' - between moral concern and other ultimate questions.

Forfattere
Bibliotekernes beskrivelse Natural Law and Natural Rights is widely recognised as a seminal contribution to the philosophy of law, and an essential reference point for all students of the subject. This new edition includes a substantial postscript by the author responding to thirty years of comment, criticism, and further work in the field.