Natural Law and Laws of Nature in Early Modern Europe 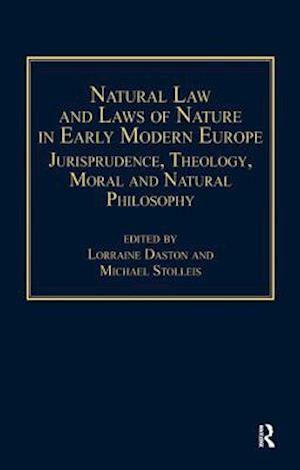 This impressive volume is the first attempt to look at the intertwined histories of natural law and the laws of nature in early modern Europe. These notions became central to jurisprudence and natural philosophy in the seventeenth century; the debates that informed developments in those fields drew heavily on theology and moral philosophy, and vice versa. Historians of science, law, philosophy, and theology from Europe and North America here come together to address these central themes and to consider the question; was the emergence of natural law both in European jurisprudence and natural philosophy merely a coincidence, or did these disciplinary traditions develop within a common conceptual matrix, in which theological, philosophical, and political arguments converged to make the analogy between legal and natural orders compelling. This book will stimulate new debate in the areas of intellectual history and the history of philosophy, as well as the natural and human sciences in general.