Natural Capital and Exploitation of the Deep Ocean 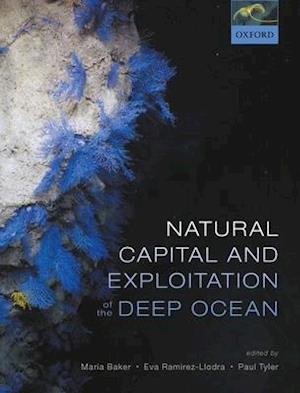 The deep ocean is by far the planet's largest biome and holds a wealth of potential natural assets. Human exploitation of the deep ocean is rapidly increasing whilst becoming more visible to many through the popular media, particularly film and television. The scientific literature of deep-sea exploitation and its effects has also rapidly expanded as a direct function of this increased national and global interest in exploitation of deep-sea resources, bothbiological (e.g. fisheries, genetic resources) and non-biological (e.g. minerals, oil, gas, methane hydrate). At the same time there is a growing interest in deep-sea contamination (including plastics), with many such studies featured in high profile scientific journals and covered by global media outlets.However, there is currently no comprehensive integration of this information in any form and these topics are only superficially covered in classic textbooks on deep-sea biology. This concise and accessible work provides an understanding of the relationships between biodiversity and ecosystem functioning, both at the seafloor and in the water column, and how these might be affected as a result of human interaction, exploitation and, ultimately, environmental change. It follows a logicalprogression from geological and physical processes, ecology, biology, and biogeography, to exploitation, management, and conservation.Natural Capital and Exploitation of the Deep Ocean is aimed at marine biologists and ecologists, oceanographers, fisheries scientists and managers, fish biologists, environmental scientists, and conservation biologists. It will also be of relevance and use to a multi-disciplinary audience of fish and wildlife agencies, NGOs, and government departments involved in deep-sea conservation and management.

Forfattere
Bibliotekernes beskrivelse The deep ocean is the planet's largest biome and holds a wealth of potential natural assets. This book gives a comprehensive account of its geological and physical processes, ecology and biology, exploitation, management, and conservation.