- The Mythology of North America from Apache to Inuit 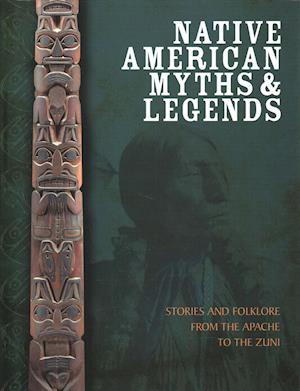 Native American culture is founded on stories told orally and handed down through the generations, outlining myths that reveal the origin of a tribe, legends that chronicle heroes who fought the gods, stories that tell of malevolent trickster spirits, and canny morality tales for the ages. In Native American Myths & Legends you can read about characters such as Old Man, Rabbit Boy, Blue Jay (the trickster bird), the Double-Faced Ghost, the Splinter-Foot Girl and Mondawmin, the Corn Spirit. You will also discover the meaning of the Potlatch Feast, the legend of the Great Turtle and the myth of the Bear Foster-Son.The book is divided into seven chapters, covering creation myths; people, family and culture; the natural world; ghosts and spirits; gods, demons and heroes; love, morality and death; and warfare.Illustrated with 180 photographs and artworks, Native American Myths & Legends is an exciting and informative exploration of the beliefs and culture of North America's first inhabitants.