- A Report Prepared by the Federal Research Division, 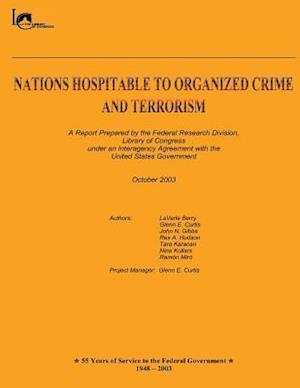 This report assesses conditions that contribute to or are potentially hospitable to transnational criminal activity and terrorist activity in selected regions of the world during the period 1999-2002. Although the focus of the report is on transnational activity, domestic criminal activity is recognized as a key foundation for transnational crime, especially as the forces of globalization intensify. The report has been arranged geographically into the following major headings: Africa, the former Soviet Union and Eastern Europe, South Asia, Southeast Asia, Western Europe, and the Western Hemisphere. Within the geographical headings, the report addresses individual countries with particularly salient conditions. Cases such as the Triborder Area (TBA) of South America and East and West Africa, where conditions largely overlap national borders, have been treated as regions rather than by imposing an artificial delineation by country. The bibliography has been divided into the same geographical headings as the text. The major sources for this report are recent periodical reports from Western and regional sources, Internet sites offering credible recent information, selected recent monographs, and personal communications with regional experts. Treatment of individual countries varies according to the extent and seriousness of conditions under study. Thus some countries in a region are not discussed, and others are discussed only from the perspective of one or two pertinent activities or conditions. Because they border the United States, Canada and Mexico have received especially extensive treatment.