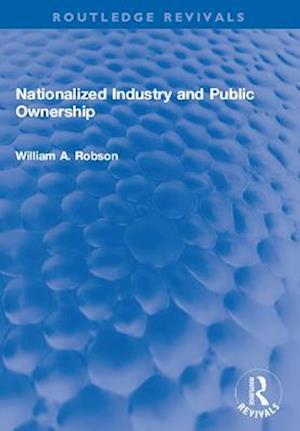 First Published in 1960, Nationalized Industry and Public Ownership is concerned with the state of nationalized industries in Britain in the context of the wider sphere of public enterprise in the world. It critically examines themes like the motives and background of nationalization; the state of public corporation in Britain; public utilities as monopoly; parliamentary debates and questions regarding government control; the idea of public accountability; the status of consumers' councils, and the link between labour relations and public ownership. This book is an important historical document for scholars and researchers of public administration, political economy, British economy, labour economics and British labour history.