National History and New Nationalism in the Twenty-First Century 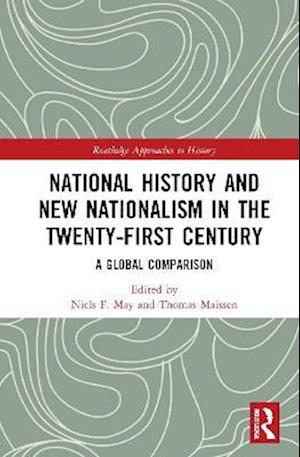 National history has once again become a battlefield. In internal political conflicts, which are fought on the terrain of popular culture, museums, schoolbooks, and memorial politics, it has taken on a newly important and contested role. Irrespective of national specifics, the narratives of new nationalism are quite similar everywhere. National history is said to stretch back many centuries, expressesing the historical continuity of a homogeneous people and its timeless character. This people struggles for independence, guided by towering leaders and inspired by the sacrifice of martyrs. Unlike earlier forms of nationalism, the main enemies are no longer neighbouring states, but international and supranational institutions. To use national history as an integrative tool, new nationalists claim that the media and school history curricula should not contest or question the nation and its great historical deeds, as doubts threaten to weaken and dishonour the nation. This book offers a broad international overview of the rhetoric, contents, and contexts of the rise of these renewed national historical narratives, and of how professional historians have reacted to these phenomena. The contributions focus on a wide range of representative nations from around all over the globe.