National Courts and the International Rule of Law 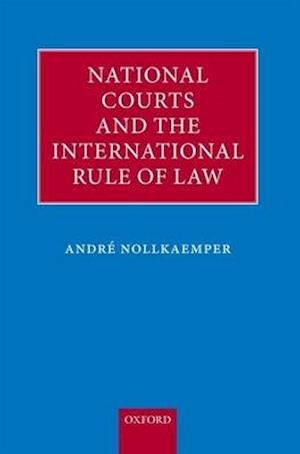 This book explores how domestic courts contribute to the maintenance of the rule of international law by providing judicial control over the exercises of public powers that may conflict with international law. The main focus of the book will be on judicial control of exercise of public powers by states. Key cases that will be reviewed in this book, and that will provide empirical material for the main propositions, include Hamdan, in which the US Supreme Courtreviewed detention by the United States of suspected terrorists against the 1949 Geneva Conventions; Adalah, in which the Supreme Court of Israel held that the use of local residents by Israeli soldiers in arresting a wanted terrorist is unlawful under international law, and the Narmada case, in which theIndian Supreme Court reviewed the legality of displacement of people in connection with the building of a dam in the river Narmada under the ILO Indigenous and Tribal Populations Convention 1957 (nr 107).This book primarily explores what it is that international law requires, expects, or aspires that domestic courts do, and against this backdrop of what international law requires it seeks to map patterns of domestic practice in the actual or possible application of international law, and to determine what such patterns mean for the protection of the rule of international law.