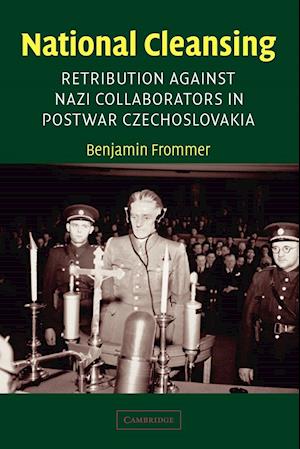 National Cleansing examines the prosecution of over one hundred thousand suspected war criminals and collaborators by Czech courts and tribunals after the Second World War. As the first comprehensive history of postwar Czech retribution, this 2005 book provides a new perspective on Czechoslovakia's transition from Nazi occupation to Stalinist rule in the turbulent decade from the Munich Pact of September 1938 to the Communist coup d'etat of February 1948. Based on archival sources that remained inaccessible during the Cold War, National Cleansing demonstrates the central role of retribution in the postwar power struggle and the contemporary expulsion of the Sudeten Germans. In contrast to general histories of postwar Czechoslovakia, which portray retribution as little more than Communist-inspired political justice, this book illustrates that the prosecution of collaborators and war criminals represented a genuine, if flawed, attempt to confront the crimes of the past, including those committed by the Czechs themselves.