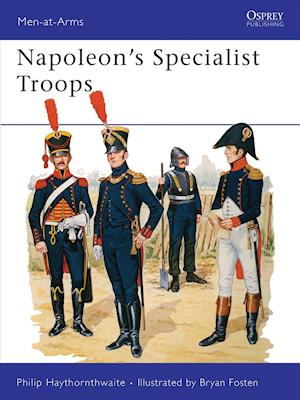 Though less celebrated than the infantry and cavalry, Napoleon's 'specialist' troops - artillery, engineers and supporting services - were indispensable elements without which no army could have operated, and frequently assumed greater significance than the line regiments. Indeed, having suffered least from the emigration of Royalist officers, the artillery was the best element of the early Republican armies, the nucleus of the old Royal artillery serving with distinction in the early campaigns such as Valmy. The organisation and uniform of Napoleon's specialist troops are here examined by Philip Haythornwaite in a engaging volume complemented by a wealth of illustrations including eight full page colour plates by Bryan Fosten.