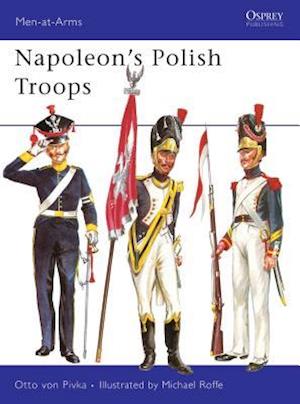 In 1795 the kingdom of Poland fell prey to her stronger neighbors, Russia, Prussia and Austria. Following the death of the king of Poland in 1798, his kingdom was divided among these three neighboring powers. France became increasingly involved, and protested at Poland's treatment, offering refuge for Polish exiles. On October 11th, 1796, the Polish Legion was formed in the French army by General Dombrowski and Napoleon. This book covers the uniforms, dress, organization and equipment of the infantry, artillery, and cavalry of Napoleon's Polish Troops. Among the cavalry units covered are the Chasseurs and Lancers. This title also provides a summary of the Polish divisions' campaigns in Spain, Russia and within Poland itself.