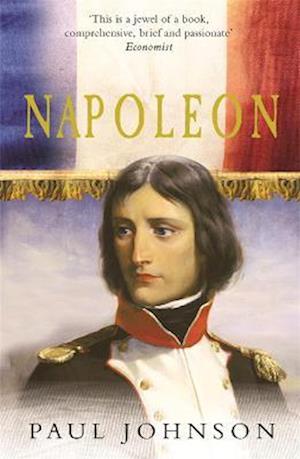 A short and vivid biography, which deconstructs the Napoleonic myth and reveals the reality of his rule.Written with great wit and panache, this biography also has a serious purpose: to make us face up to the moral bankruptcy of Napoleon?s dictatorship. Johnson tells the whole story: his astonishing gift for figures and calculation, his mastery of cannon; his audacious, hyperactive and aggressive generalship and his simple battle tactics; his complete control of propaganda and the success of the cultural presentation of the Empire; the Code Napoleon; his failure as an international statesman, as Europe grew to hate him; his marshals and ministers; his wives, mistresses, personal style and working methods; the British blockade and the Continental System; the mistakes in Spain and Russia. The escape from Elba, the events leading up to Waterloo and the battle itself, which gets a full treatment, is particularly riveting.

Forfattere
Bibliotekernes beskrivelse A short and vivid biography, which deconstructs the Napoleonic myth and reveals the reality of his rule.