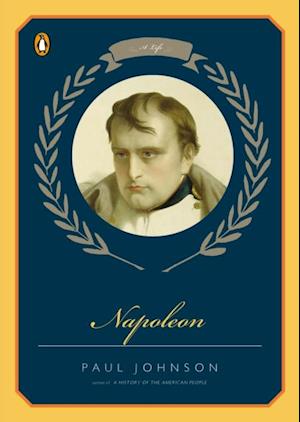 From New York Times bestselling author Paul Johnson, a very readable and entertaining biography (The Washington Post) about one of the most important figures in modern European history: Napoleon BonaparteIn an ideal pairing of author and subject, the magisterial historian Paul Johnson offers a vivid look at the life of the strategist, general, and dictator who conquered much of Europe. Following Napoleon from the barren island of Corsica to his early training in Paris, from his meteoric victories and military dictatorship to his exile and death, Johnson examines the origins of his ferocious ambition. In Napoleon's quest for power, Johnson sees a realist unfettered by patriotism or ideology. And he recognizes Bonapartes violent legacy in the totalitarian regimes of the twentieth century.Napoleonis a magnificent work that bears witness to one individual's ability to work his will on history.