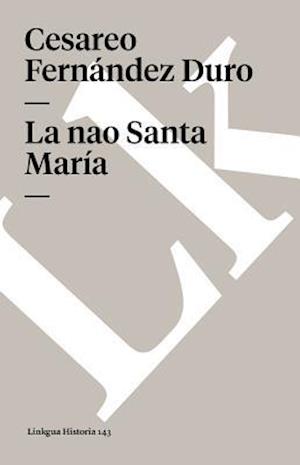 La Santa Mar a was the largest of the three ships used by Christopher Columbus on his first voyage to the New World in 1492. It was one of the first three ships in the world to cross the Atlantic Ocean and partially verify the roundness of the earth. The other ships of the expedition were the Nina and the Pinta. This text is a treatise commissioned by the Admiralty to Spain in 1892 to commemorate the discovery of the Americas. The Santa Maria was chosen to star in this naval party, held at La Rabida in July 1892. Cesareo Fernandez Duro directed archaeological studies that allowed for the reconstruction of the historic ship. The treatise perfectly describes the complexity of the project; the navigational instruments, the way of life of the crew, and the characteristics of the ship.