Nanotechnology for Chemical and Biological Defense 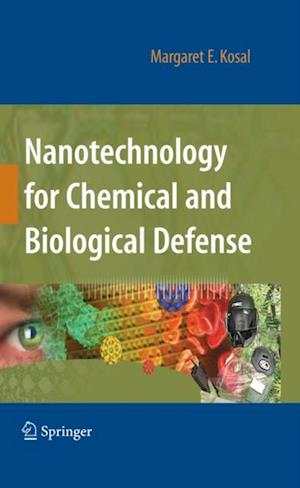 New and unpredicted technologies are emerging at an unprecedented pace around the world. Communication of those new discoveries is occurring faster than ever, meaning that the unique ownership of a piece of new technology is no longer a sufficient position, if not impossible. In today's world, recognition of the potential applications of a technology and a sense of purpose in exploiting it are far more important than simply having access to it. Technological surprise has and will continue to take many forms. A plethora of new technologies are under development for peaceful means but may have un- tended security consequences and will certainly require innovative counterme- ures. A relevant example is the tremendous development in biotechnology that has occurred since the advent of recombinant DNA and tissue culture-based processes in the 1970s. If US government agencies and the defense and academic commu- ties had more clearly recognized the potential for biotechnology to affect fun- mental security and warfighting doctrines 20 years ago, the situation today could be very different. Defense against chemical and biological weapons - from both states and nonstate actors - currently presents a threat that is difficult to predict and for which traditional solutions are increasingly less effective. Nanotechnology has emerged as a well-funded discipline that, like biote- nology, carries the potential for groundbreaking applications and the potential for unpredictable harm. The world is likely 20 years away from the full impact of the nanotechnology on defensive capabilities.