- Cinematic Culture and the Art of Exile 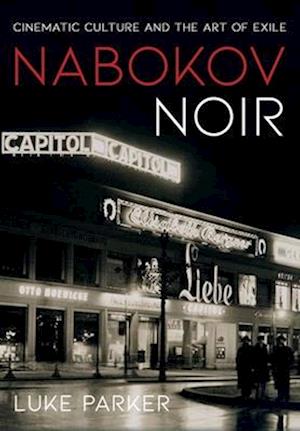 Nabokov Noir places Vladimir Nabokov's early literary career-from the 1920s to the 1940s-in the context of his fascination with silent and early sound cinema and the chiaroscuro darkness and artificial brightness of the Weimar era, with its movie palaces, cultural Americanism, and surface culture. Luke Parker argues that Nabokov's engagement with the cinema and the dynamics of mass culture more broadly is an art of exile, understood both as literary poetics and practical strategy.Obsessive and competitive, fascinated and disturbed, Nabokov's Russian-language fiction and essays, written in Berlin, present a compelling rethinking of modernist-era literature's relationship to an unabashedly mass cultural phenomenon. Parker examines how Nabokov's involvement with the cinema as actor, screenwriter, moviegoer, and, above all, chronicler of the cinematized culture of interwar Europe enabled him to flourish as a transnational writer. Nabokov, Parker shows, worked tirelessly to court publishers and film producers for maximum exposure for his fiction across languages, media, and markets. In revealing the story of Nabokov's cinema praxis-his strategic instrumentalization of the movie industry-Nabokov Noir reconstructs the deft response of a modern master to the artificial isolation and shrinking audiences of exile.