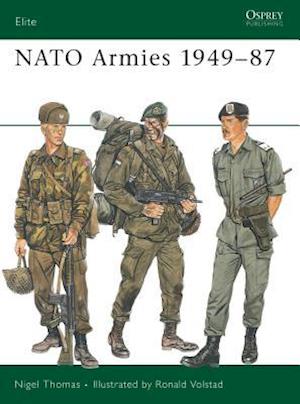 Osprey's study of NATO armies of the post-World War II period. The defeat of Hitler on 8 May 1945 left Western Europe militarily vulnerable and economically exhausted. The Soviet Union, however, had since 1940 annexed 180,000 square miles of Eastern Europe, occupied a further 390,000 square miles, and now seemed poised to advance still further westwards with its six-million strong forces. The increasing Soviet threat brought forth demands for a permanent Western Military alliance, and on 4 April 1949, the North Atlantic Treaty was signed in Washington DC. This book explores the history, organization and uniforms of NATO armies - excluding the United States and Great Britain - as they were in the late 1980s.