Myths and Realities of the Viking Berserkr 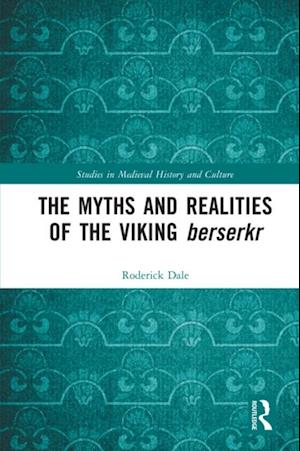 The viking berserkr is an iconic warrior normally associated with violent fits of temper and the notorious berserksgangr or berserker frenzy. This book challenges the orthodox view that these men went 'berserk' in the modern English sense of the word. It examines all the evidence for medieval perceptions of berserkir and builds a model of how the medieval audience would have viewed them. Then, it extrapolates a Viking Age model of berserkir from this model, and supports the analysis with anthropological and archaeological evidence, to create a new and more accurate paradigm of the Viking Age berserkr and his place in society. This shows that berserkir were the champions of lords and kings, members of the social elite, and that much of what is believed about them is based on 17th-century and later scholarship and mythologizing: the medieval audience would have had a very different understanding of the Old Norse berserkr from that which people have now. The book sets out a challenge to rethink and reframe our perceptions of the past in a way that is less influenced by our own modern ideas.The Myths and Realities of the Viking berserkr will appeal to researchers and students alike studying the Viking Age, Medieval History and Old Norse Literature.