Myth and the Human Sciences

indgår i serie Theorists of Myth 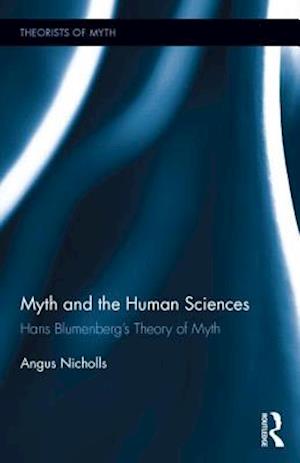 This is the first book-length critical analysis in any language of Hans Blumenberg's theory of myth. Blumenberg can be regarded as the most important German theorist of myth of the second half of the twentieth century, and his Work on Myth (1979) has resonated across disciplines ranging from literary theory, via philosophy, religious studies and anthropology, to the history and philosophy of science.Nicholls introduces Anglophone readers to Blumenberg's biography and to his philosophical contexts. He elucidates Blumenberg's theory of myth by relating it to three important developments in late nineteenth- and early twentieth-century German philosophy (hermeneutics, phenomenology and philosophical anthropology), while also comparing Blumenberg's ideas with those of other prominent theorists of myth such as Vico, Hume, Schelling, Max Muller, Frazer, Sorel, Freud, Cassirer, Heidegger, Horkheimer and Adorno. According to Nicholls, Blumenberg's theory of myth can only be understood in relation to the 'human sciences,' since it emerges from a speculative hypothesis concerning the emergence of the earliest human beings. For Blumenberg, myth was originally a cultural adaptation that constituted the human attempt to deal with anxieties concerning the threatening forces of nature by anthropomorphizing those forces into mythic images.In the final two chapters, Blumenberg's theory of myth is placed within the post-war political context of West Germany. Through a consideration of Blumenberg's exchanges with Carl Schmitt, as well as by analysing unpublished correspondence and parts of the original Work of Myth manuscript that Blumenberg held back from publication, Nicholls shows that Blumenberg's theory of myth also amounted to a reckoning with the legacy of National Socialism.