Mystery of the Seven Golden Candlesticks 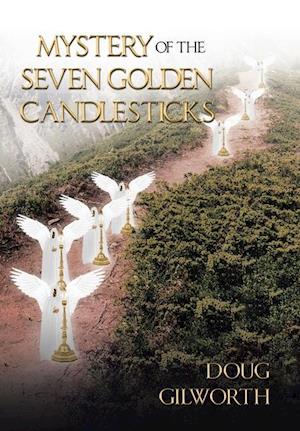 John the Apostle was in the Spirit on the Lord's day, and he heard Jesus speak as the voice of a trumpet. When John turned to look, the first thing he saw was "seven golden candlesticks" and Jesus in the midst of them.

What are these "seven golden candlesticks" John heralds to us in the first chapter of the book of Revelation? Bible scholars and students have speculated on this topic for almost two thousand years.

Some suggest a deeper meaning of the seven golden candlesticks is they represent seven periods of the church, seven personality types within the church, and seven types of churches, among others. But no widely held view exists.

An angel explained to John deep spiritual truth pertaining to the seven golden candlesticks, giving the seven churches: Ephesus, Smyrna, Pergamos, Thyatira, Sardis, Philadelphia, and Laodicea as the answer, but is that all there is to it, or did the angel tell John more? Did the angel tell John something in which he was instructed not to write, because it was for the end-times?

Most believe there is a deeper meaning; otherwise there would not have been so much conjecture over the years. And it is called a mystery for a reason.

Seven messages to the seven churches occupy two full chapters in the preeminent end-time book of prophecy, undoubtedly for an important purpose, certainly adding fuel to the fire of grandeur.

The ultimate meaning of the mystery of the seven golden candlesticks is what this book possibly divulges, and along with it the understanding of who the seven stars in Jesus's right hand are, the unfolding of the righteous experiencing victory over death, the judgment seat of Christ, the kingdom of heaven, and many other things revealed by the understanding of this mystery.