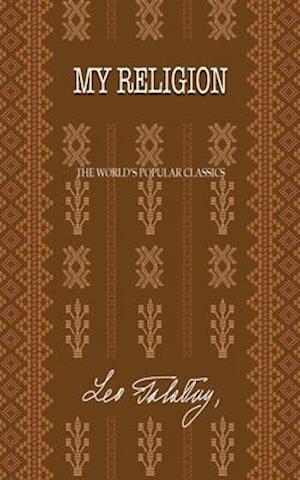 Tolstoy is considered one of the giants of Russian literature; his works include the novels War and Peace and Anna Karenina and novellas such as Hadji Murad and The Death of Ivan Ilyich.

Tolstoy's earliest works, the autobiographical novels Childhood, Boyhood, and Youth (1852-1856), tell of a rich landowner's son and his slow realization of the chasm between himself and his peasants. Though he later rejected them as sentimental, a great deal of Tolstoy's own life is revealed. They retain their relevance as accounts of the universal story of growing up.

Tolstoy served as a second lieutenant in an artillery regiment during the Crimean War, recounted in his Sevastopol Sketches. His experiences in battle helped stir his subsequent pacifism and gave him material for realistic depiction of the horrors of war in his later work.

His fiction consistently attempts to convey realistically the Russian society in which he lived. The Cossacks (1863) describes the Cossack life and people through a story of a Russian aristocrat in love with a Cossack girl. Anna Karenina (1877) tells parallel stories of an adulterous woman trapped by the conventions and falsities of society and of a philosophical landowner (much like Tolstoy), who works alongside the peasants in the fields and seeks to reform their lives. Tolstoy not only drew from his own life experiences but also created characters in his own image, such as Pierre Bezukhov and Prince Andrei in War and Peace, Levin in Anna Karenina and to some extent, Prince Nekhlyudov in Resurrection.

iBoo Press House uses state-of-the-art technology to digitally reconstruct the work. We preserve the original format whilst repairing imperfections present in the aged copy. All THE WORLD'S POPULAR CLASSICS are unabridged (100% Original content), designed with a nice cover and a large font that's easy to read. Printed on fine Groundwood paper (Eggshell,mass market-like), bound in neat and attractive style.

You may visit Leo Tolstoy's page at https://iboo.com/leo-tolstoy to see all his books.