My Name is Jhon

- An Atypical Story of Success 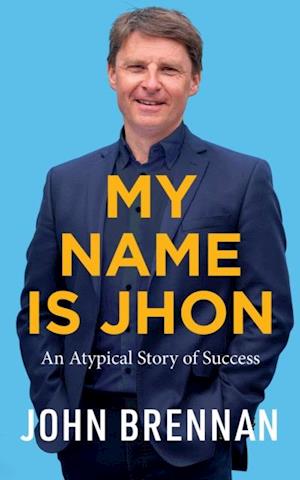 As a child, John Brennan wasn't an obvious candidate for success. School was a difficult, upsetting place and he was always at the bottom of the class. His battle with dyslexia meant that he felt stigmatised by a society that didn't understand him. Yet his determination to not be defined by his dyslexia created an ambition that has been matched by his business acumen.Now in his mid-fifties, John's optimism is still flowing. It is a measure of his character that, on being diagnosed with non-Hodgkin lymphoma, the first thing he did was to buy a very run-down Dromquinna Manor on 46 acres of overgrown grounds. Ten years later, in the midst of a world pandemic that saw hotels closed all over the world, John again bought a new hotel.This is a fascinating account of a man with the vision to create his own life against the odds that will inspire people everywhere to find their own way too.