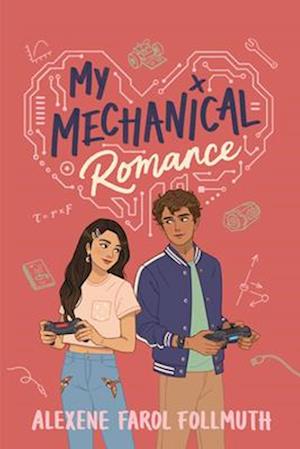 Nerds are so hot.

Especially battle robot building nerds. Bel would rather die than think about the future. College apps? You're funny. Extracurriculars? Not a chance. But when Bel accidentally reveals her talent for engineering, she's basically forced into joining her school's legendary robotics club. Make that her school's way too "bro," way too competitive robotics club. All the boys ignore Bel--and even Neelam, the only other girl on the team, doesn't seem to like her. Enter Mateo Luna, captain of the club (and the whole school, tbh), who recognizes Bel as a potential asset--until they start butting heads. Bel won't ask for help and Teo refuses to give it. But as the nights of after-school work grow longer and longer, Bel and Teo realize they've built more than just a combat-ready robot along the way to Nationals: they've made space for each other and themselves. Sharply funny and honest about the challenges girls of color face in STEM, in life, and in love, My Mechanical Romance explores the vulnerabilities of trust, allyship, and falling in love--especially when you barely even know who you are yet.