My Life with Alexander Archipenko 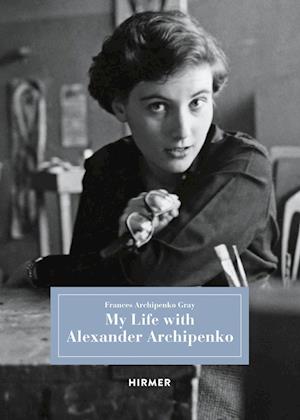 Alexander Archipenko has been called the "Picasso of Sculpture," at the experimental forefront for bringing elements of cubism to bear on the sculptural form. But, in My Life with Alexander Archipenko, Frances Archipenko Gray, with whom the innovative Ukrainian artist shared the last eight years of his life, paints a rounded and deeply personal picture of the artist throughout these late years--some of his most productive despite relative critical neglect. Gray came to know Archipenko at the Archipenko School in Woodstock, New York. Despite a nearly fifty-year age difference, teacher and student developed a deep and lasting companionship that led to marriage in 1957. In the years that followed, as the art world shifted its interest away from modernism toward abstract expressionism, Archipenko's work fell from critical favor. Yet nothing could stop the self-confident and vodka-drinking iconoclast, and Archipenko not only continued to exhibit, but published a comprehensive survey of his work, Fifty Creative Years, in 1960. Throughout the early 1960s, the couple traveled extensively in Europe to promote the artist's work. Beginning in the 1960s, Archipenko was also increasingly plagued by problems with forgeries and fraudulent authentications of his work, and the book casts new light on his resulting volatile relationship with many dealers, museums, and collectors. Archipenko's work has been the subject of major solo exhibitions worldwide, but My Life with Alexander Archipenko presents for the first time the fascinating man behind the works and puts forward a compelling case for his continued importance.