My Life and the Beautiful Game 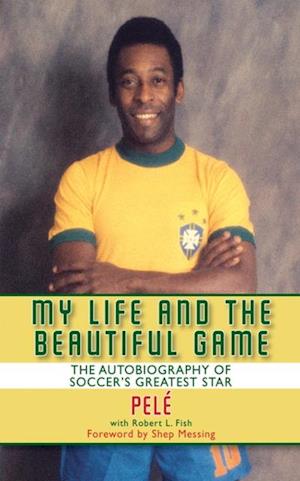 While kicking a ball through the dusty streets of his Brazilian hometown, young Edson Arantes do Nascimento was given the nickname Pel so casually that no one remembers its meaning. Today, the name is famous worldwide as belonging to history's greatest soccer player. Here, in Pel's own words, is his incredible life story: his five goals in the last two games of the 1958 World Cup at the tender age of 17, his glory years with his Brazilian club FC Santos, his role in four World Cup tournaments, his comeback as a member of the storied New York Cosmos, and his lifelong role as goodwill ambassador for the world's favorite sport.Skyhorse Publishing, along with our Arcade, Good Books, Sports Publishing, and Yucca imprints, is proud to publish a broad range of biographies, autobiographies, and memoirs. Our list includes biographies on well-known historical figures like Benjamin Franklin, Nelson Mandela, and Alexander Graham Bell, as well as villains from history, such as Heinrich Himmler, John Wayne Gacy, and O. J. Simpson. We have also published survivor stories of World War II, memoirs about overcoming adversity, first-hand tales of adventure, and much more. While not every title we publish becomes a New York Times bestseller or a national bestseller, we are committed to books on subjects that are sometimes overlooked and to authors whose work might not otherwise find a home.