My Hand and My Heart 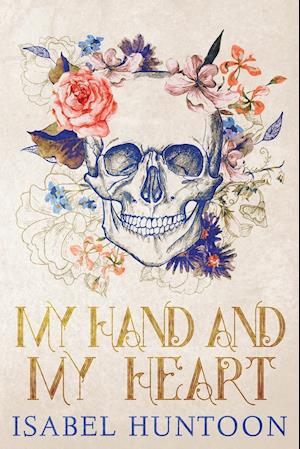 Magic hasn't been used in Haven-the last human settlement in a flooded world-for hundreds of years. Except, that is, for the magical relic that powers the settlement. Nime and her younger sister, Navi, stumble upon a terrible secret one night: the relic is leaking deadly energy that could kill everyone in Haven in a matter of weeks.

There's seemingly no way to fix it-not with all knowledge of magic lost at the bottom of the Endless Sea. But Nime is protective and reckless, and she refuses to give up. She throws herself into the search for a solution, setting her hopes on a dismantled machine that could lead to a place far away from danger.

Navi, meanwhile, retreats into daydreams, where she is someone brave enough to save her home. Filled with priestesses and magic, vivid dreams blend confusingly with her waking life, until she wonders if there's something she, and only she, can do to protect the people she loves.

But Nime and Navi have more than just time working against them, and both sisters may have to give more of themselves than they can afford if they want to save Haven.