- How the Irish Teach Us to Live, Love and Die 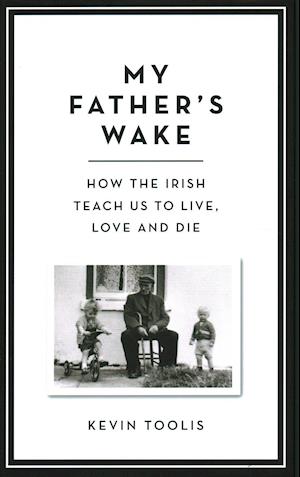 Death is a whisper in the Anglo-Saxon world. But on a remote island, off the coast of County Mayo, death has a louder voice. Along with reports of incoming Atlantic storms, the local radio station runs a thrice-daily roll-call of the recently departed. The islanders have no fear of death. They go in great numbers, often with young children, to wake with their dead. They keep vigil through the night with the corpse and share in the sorrow of the bereaved. They bear the burden of the coffin on their shoulders and dig the grave with their own hands. The living and the dead remain bound together in the Irish Wake - the oldest rite of humanity.For twenty years writer and filmmaker Kevin Toolis hunted death in famine, war and plague across the world before finding the answer to his quest on the island of his forebears. In this beautifully written and highly original memoir, he gives an intimate, eye-witness account of the death and wake of his father, and explores the wider history of the Irish Wake. With an uplifting, positive message at its heart, My Father's Wake celebrates the spiritual depth of the Irish Wake and shows how we too can find a better way to deal with our mortality, by living and loving in the acceptance of death.