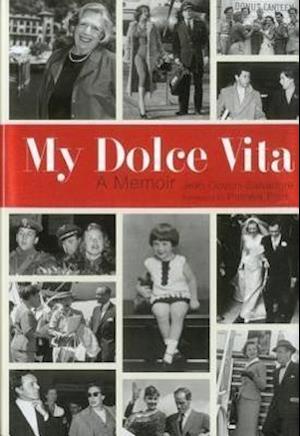 Organised into three parts, replete with four 32-page photo inserts that illustrate the past to the present. A memoir spanning eight decades. The memoir bumps into people of distinction and interest - Queen Elizabeth, Jacqueline Kennedy, Eddie Fisher, Ava Gardner, Richard Burton, Joseph Heller, and Dirk Bogarde, to name a few.When Giovanna Govoni, age seventeen, welcomed the allied troops into Rome on June 5, 1944, never did she imagine that on this day, she was opening a door that was to become an illustrious adventure filled with glamour and excitement that rubbed shoulders with luminaries ranging from American army generals to international movie stars to corporate magnates. But such was her luck that she happened to be on Rome's via Flaminia as the American liberation troops entered the city and when overheard in the crowd speaking in perfect English to her mother by "Stan the Donut Man" at the head of the column led by General Mark Clark and the Fifth Army, Giovanna's life changed. Salvadore was born in France, educated until age six in England, and returned to her native Italy during World War II. She was cosmopolitan before the word had any meaning. An incredible chronicler of both fact and intuition, Salvadore has always kept copious appointment agendas from the age of ten.In My Dolce Vita, Salvadore describes her teenage school days and the horrors of World War II, her exciting years as the first female public relations executive in Italy for TWA and Howard Hughes, and her more than four glamorous decades as the PR legend of Villa d'Este on Lake Como.