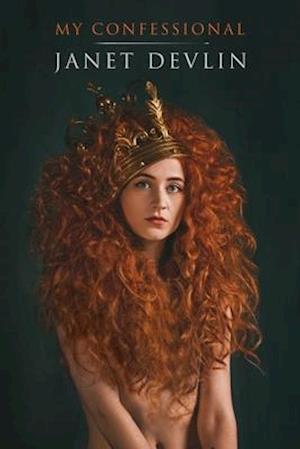 In 2011, Janet Devlin wowed X-Factor judges and charmed the nation with her unique vocals and performances. She consistently received the highest consecutive public vote out of all the contestants and gained a place on the live arena tour. But rather than this steering her towards greater musical success, Janet faced numerous challenges which almost cost her her career... "Believe it or not, you're holding my life in your hands. Not the picture-perfect version we've all become accustomed to, thanks to social media. This is my life as I've lived it - no filters. Each chapter in this book unlocks the truth behind a song from my album Confessional. They span ten years of intense self-discovery married with a lot of self-sabotage. My broken brain has taken me to dark places both in my own head and in the real world. But, with destruction comes creation. I genuinely hope that My Confessional does not personally resonate with you and that you've not been to the same Hell that I've come to call Home, but if you have let my life be proof that it all works out in the end. I see now that the world is truly what we make of it and that everything happens for a reason. Or, at least, that's what I tell myself. Here lyeth my confessional of the sins I want so much to be free from and to finally forgive myself for what I've done. I confess. Janet Devlin"