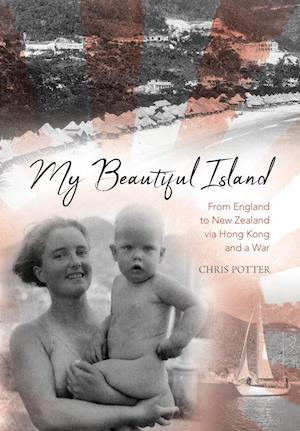 This is a story of contrasts: contrasting countries, cultures, attitudes and fates. The thread connecting them is the commentary of one articulate and strong-willed woman, my mother. In her letters, notes and diary we read about the 6-day trip from London to Hong Kong in 1938 via flying boat; the enviable social life of busy expatriates in Hong Kong from 1938 to 1941; and the horror, heartbreak and suffering that followed the Japanese invasion in December 1941. My father, being an eligible bachelor and a keen sailor, is mentioned with increasing frequency in the early letters, but as a leading architect in the booming economy of Hong Kong he was very busy and it was not until late 1939 that they were married. He was killed in action on Christmas day 1941. My mother and I were interned in Stanley Internment Camp until September 1945 and her diary paints a vivid and moving picture of the collapse of her world and our life behind the wire.

After repatriation to England my mother worked in post-war Germany for two years, using her fluency in the language and her organisation skills to help German newspapers reopen under strict conditions imposed by the Allies.

In 1948 we emigrated to New Zealand where she had to rebuild our lives. She could not forget the lessons of Hong Kong and Germany and was active for many years in women's organisations, vehemently opposing nationalism and racism and promoting international cooperation and women's rights.

The copious illustrations will help to bring their worlds to life.

As an admiring son I am excited - and humbled - to draw together in this book the pieces of my parents' extraordinary lives.Chris Potter