Mutiny in the Danish Atlantic World

- Convicts, Sailors and a Dissonant Empire 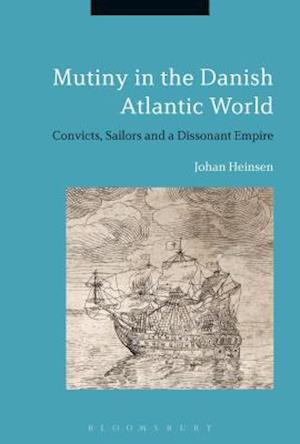 *** Danish Historical Society Award Winner (2018) "Historical research result of the year" ***Mutiny in the Danish Atlantic World discusses how the storytelling of the lower classes shaped antagonisms and struggles for agency in the early modern Atlantic. It takes a mutiny carried out by a group of convicts and sailors on board a Danish ship, the Merman, in 1683 as its central case study. En route to Denmark's Caribbean colony of St. Thomas, the mutineers seized the ship, murdered the captain and six others and elected a former convict as their new leader. This event brought the West India Company to the brink of destruction and changed the course of the fledgling Danish maritime empire forever.Arguing that the mutiny on the Merman was informed by stories and rumour that circulated on both sides of the Atlantic and echoed on the lower deck of the ship itself, Johan Heinsen explores the role of such stories in the social worlds of early modern colonialism. He argues that sites such as ships, colonies and even prisons resonated with words, paying particular attention to how such storytelling created bonds and enabled action. In making the point that historians should pay careful attention to the power of the words of colonial and maritime lower class subjects, Heinsen draws on comparable cases across the early modern seas. Heinsen's study brings the Danish Empire to a new Anglophone audience, expanding our knowledge of the Atlantic world. It brings a fascinating new perspective to topics such as the history of penal transportation, coerced labour and historiographies of storytelling and rumour, making it an important book for students and scholars of Atlantic, maritime, imperial and global labour history.

Forfattere
Bibliotekernes beskrivelse "Examines how storytelling and rumour among the lower classes shaped antagonisms and struggles for agency in the early modern Atlantic world, using a case study from the Danish Empire."--Provided by publisher. 3 bw illus