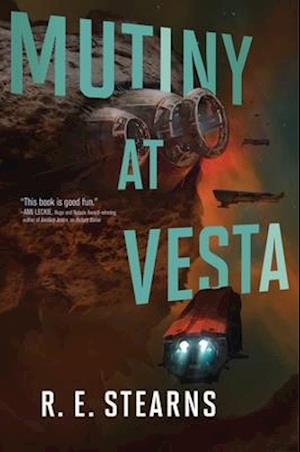 Adda and Iridian have survived the murderous AI that tried to kill them in Barbary Station...but now they'll need all of their ingenuity to escape the evil megacorporation that wants to own them, in this second space adventure in the Shieldrunner Pirates trilogy. Adda Karpe and Iridian Nassir have escaped the murderous AI that was trapping them on Barbary Station, and earned themselves a place on Captain Sloane's fabled pirate crew. And now that they've arrived at Vesta, Sloane's home base, they can finally start making a living stealing from well-off megacorporations. Unfortunately, the political situation has deteriorated in Captain Sloane's absence. Adda and Iridian find themselves trapped in a contract with Oxia Corp., one of the very megacorporations they'd hoped to prey on, forced to rob and intimidate targets they'd never have chosen on their own. If they're ever going to have the independent life together that they've always wanted, they'll have to free themselves from Oxia Corp. first. Meanwhile, the inhuman allies who followed Adda and Iridian from Barbary Station have plans of their own, which may be more dangerous than the humans involved could imagine. It will take not one but five heists, and every bit of ingenuity Adda and Iridian have to escape from Oxia and find the life they've always dreamed of...if they can survive.